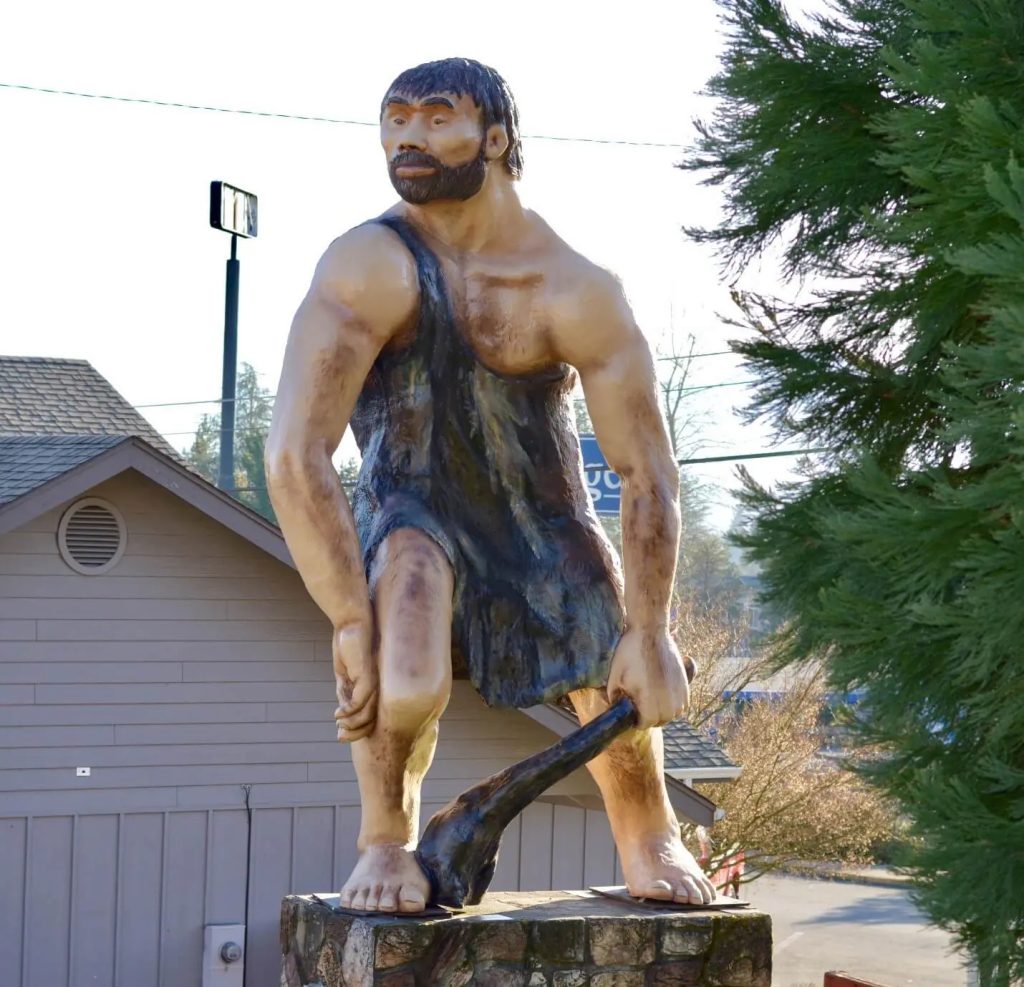 This year marks the 100-year anniversary of the Grants Pass Caveman. Beginning in 1922 stemming from the OregonCaves trail road built for tourism by local business owners with the idea of dressing up as Cavemen.

In what some might say as odd the men put on a ceremony, claiming to be direct descendants of the Neanderthal Manof ancient times, incorporated as a unit Oct. 1922 in a ceremony held secretly in the depths of the Oregon Caves. 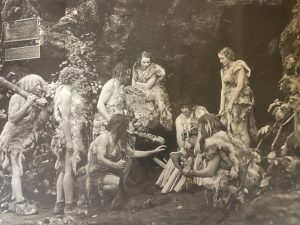 One Hundred years later the Caveman is stronger than ever in Grants Pass. Evolving over the past century our Cavemen now do some amazing things for our community besides dressing up in animal pelts and carrying clubs around town.

The ‘Men’s Active Club’ as it is now named is the group in charge of the Cavemen along with Boatnik, Christmas for Kids, 4H and many other local nonprofits—all raising money for great causes.

The main purpose as an organization is to publicize Grants Pass and Josephine County. Their “rituals” include orientation of the members in the geographical and scenic features of the CAVEMAN DOMAIN and instruction in the Caveman “tactics” of greeting visitors, including presentation of an inscribed chamois.

The governing body of the CAVEMEN is kept within a small circle of officers, including…’Chief Bighorn,’ ‘Rising Buck,’ ‘Wingfeather,’ & ‘Keeper of the Wampum.’ Also, they have a council of ‘Eagle Eyes’ serving as a board of directors.

The CAVEMEN make their own rules as they go along, always calculated for the most fun and the best gag at the moment. With each new trick and each visit to a new area, they spread the good word for Grants Pass & Josephine County, calling everyone to come and see the Rogue River Valley where people are enjoying life to the full extent.

It may be the world’s most “unique” booster group!

You may have noticed that we have a new Caveman in town located on sixth street between Evergreen Bank and Hell Gate. This will be the permanent location now in hopes that tourists will visit and take photos throughout the year.

Be sure to visit the Oregon Caves this year to gain more in-depth knowledge about the Grants Pass Caveman, along with the history of the caves.