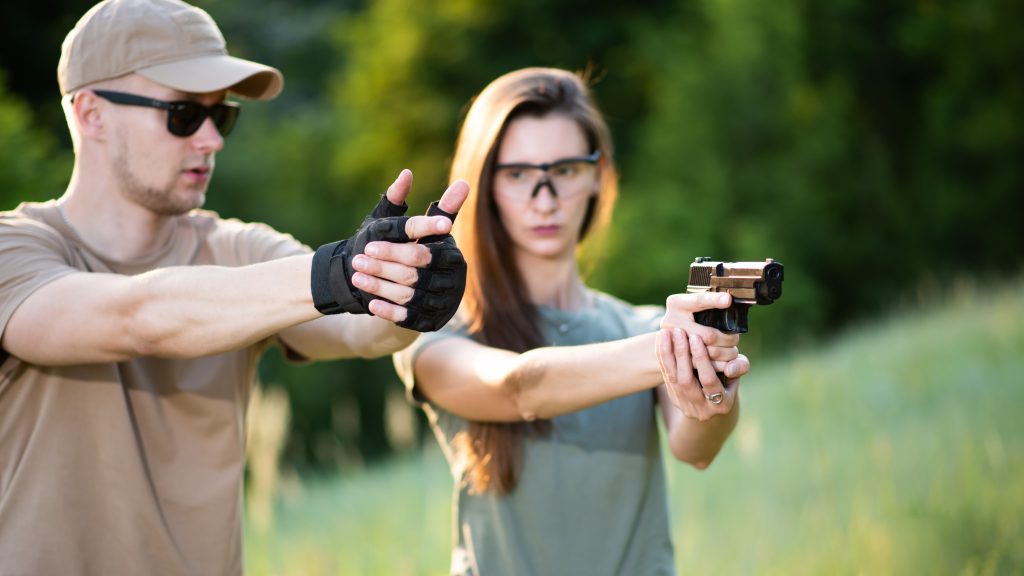 Oregonians love their guns, but you have to ensure you’re handling them safely and securely

Firearms seem to be a hot topic in the news today. Knowing how to handle them safely could potentially save your life and the lives of others. The world is becoming more and more chaotic and many folks are turning to firearms for security and personal protection. Others are using them to hurt each other. In this article we will take a closer look at the rules for safely handling firearms.

The first casualty I saw during my time in Iraq was a gunshot wound to the calf. The young paratrooper had been shot accidentally by another soldier. The Soldier who shot him had served in the Infantry for nearly 20 years and was no stranger to firearms safety. He simply became distracted and inadvertently pointed his pistol in an unsafe direction. He also failed to follow the clearing procedure. He wasn’t the only one. There were enough “accidental discharges” in Iraq that the terminology changed to “negligent discharge.” My point is that safety violations can happen to anyone, no matter their experience level. The price you pay for freedom and safety is eternal vigilance. One moment of distraction, one broken rule, one time not following a procedure and someone might pay with their life or health.

Let’s take a second and break down gun safety into some core concepts. We all know that firearms were designed to kill. Sport shooting is fun, but we did not invent firearms to shoot skeet. We invented firearms to end threats and kill animals. This fact makes firearms inherently unsafe, and unsafe things deserve the utmost respect and attention. Like the air, sea, explosives, and scorned lovers, firearms can be terribly unforgiving of mistakes. So, how do we avoid these mistakes? By using our brains, following the rules of firearms safety, and developing sound tactics, techniques, and procedures (TTPs), of course.

Keeping guns safe comes down to just a few things. Ensuring the firearm doesn’t accidentally/negligently discharge and, if discharged, the bullet will hit something safe. Some firearms have safety mechanisms designed to stop them from discharging, but these are more for safe handling and should not be solely counted on to prevent mishaps. The primary safety for anything is between your ears. Therefore you must train your brain to be safe in order to operate safely. Review the rules regularly, call out others when they are unsafe, and ask them to call you out if you are unsafe. As we say in the Army, everyone is a safety officer. If you see an unsafe act, make sure to call cease fire and make the situation safe before you proceed. There is no room for ego and you should always bring up anything you think might be a safety violation. It is better to call it out and be wrong, than not call it out and be right.

One of the primary ways to keep firearms safe is to store ammunition separate from the firearm, and never load them until ready to use. If you carry a firearm daily, as I do, you must have safety procedures in place to ensure that ammunition is completely controlled. This is especially true when you intend to do dry fire drills.

Another consideration is storage of the firearm itself. Firearms must be stored in a way that denies access to anyone, especially children. There are many types of gun locks and safes out there, so make sure anything you buy is effective. For example, some gun cabinets are easily pried open and barely deter someone who is determined. Regarding children, assume you cannot hide a firearm from a child and lock it up! Also I encourage folks to stop making firearms taboo. Teach children what firearms do and how to make them safe. In the end children should: 1) stop, 2) don’t touch, 3) seek safety (run away), and 4) tell an adult.

Below are the four rules of firearms safety that I use as a firearms instructor. I added number five for folks from Wisconsin. I’m kidding … sort of. Some organizations vary these a bit, but, in general, these are the main five that will keep you and the people around you safe:

We take these rules very seriously, to the point that we even apply these rules to unloaded firearms. Some may think this extreme, but, when you take into account the carnage that firearms can cause, it pays to be extraordinarily cautious. The first four are only the starting point. Never think that these rules are all inclusive or that they cannot be modified as needed. Before you go tinkering with rules though, make sure you understand the concept behind the rule. In the following paragraphs, that is just what we’ll do: look at the concepts of how to stay safe around firearms. Rules are great, but knowing why we have the rule is better.

The first rule “treat all firearms as if they are loaded” is there to remind us that firearms are dangerous and deserve respect. If we assume the firearm is loaded, then we must also exercise the other three rules. It’s fun to pretend, but in this case pretending might save a life and prevent the ill effects of tragedy.

The second rule “always point firearms in a safe direction” is second for a reason. This rule will absolutely save you when the other rules fail. If you always keep the firearm pointed away from people and property, then if it goes off, no worries. The idea here is to control where the bullet goes. The military uses clearing barrels outside of any facility where firearms are stored or where they need to be made safe. These barrels are usually half filled with sand to catch bullets safely, providing a safe direction to point your firearm.

In most domestic environments, the ground is usually the safest direction. At the range, firearms should always point down range to where the targets are located. It is also unsafe to accidentally point a firearm at someone. We call this “sweeping” and it is a definite faux pas. You may hear folks saying the words “muzzle control.” This is what that refers to in the shooting community. No matter where you are or what you are doing with firearms, always make sure they are not pointing at people or property.

The third rule “Keep your finger off the trigger until ready to fire” came primarily from the military and law enforcement community. We call it “trigger discipline.” If you have your finger in the trigger guard when you do not intend to shoot, you are much more likely to have an accidental/negligent discharge. 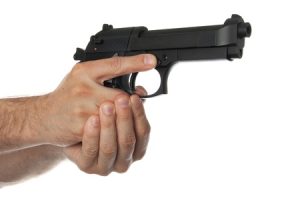 If the primary safety for anything is between your ears, then the secondary safety for any firearm is at the end of your hand. It is extremely rare that a gun will discharge unless the trigger is squeezed. Drop a firearm, bang it around, or leave it in a hot car (please don’t do any of these) and it is unlikely to discharge, but squeezing the trigger is a different story. We train this rule so much that you often see memes of wounded service members on the battlefield still maintaining trigger discipline. This is also the rule that I most often repeat when training folks at the range. I even catch myself breaking this one from time to time.

The fourth rule “be sure of your target and what is beyond” alludes to the fact that firearms are powerful and bullets can travel long distances. At first glance, this rule may seem like a different way of stating the second rule, but this is not the case. This rule is about what happens after the bullet hits the target.

Modern rifle cartridges are high velocity and can kill from miles away. Bullets will even pass right through some buildings, especially modern homes. You are always responsible for what happens as a result of every bullet you fire. Recently a 14-year-old girl was accidentally shot by law enforcement while trying on clothes. The officers were reacting to an active shooter situation and a bullet went through the wall of her dressing room and she died. Life isn’t a game and you had better know where your bullets will end up. You will be held accountable.

The fifth rule goes without saying. Surviving unsafe situations demand sobriety. If you intend to carry a firearm or go to the range for the day, you must be sober. If you plan to imbibe at all, leave the firearms in the safe.

Firearms seem to be everywhere today and are a source of much controversy. No matter which side of the debate you fall on, knowing how to safely handle firearms is essential. If you have never handled a firearm, consider attending an introductory training course. The internet is another great resource, just make sure the information is coming from a reputable source.

Jonathan is originally from the mountains of East Tennessee. He is retired from the US Army, where he served as a paratrooper in the infantry and medical fields. He currently serves as a firearms instructor and is a lifelong student of defense. His goal is to develop students who approach personal defense with a decisive but compassionate attitude. During his free time, he enjoys being a father, playing in the water, and cooking with reckless abandon.