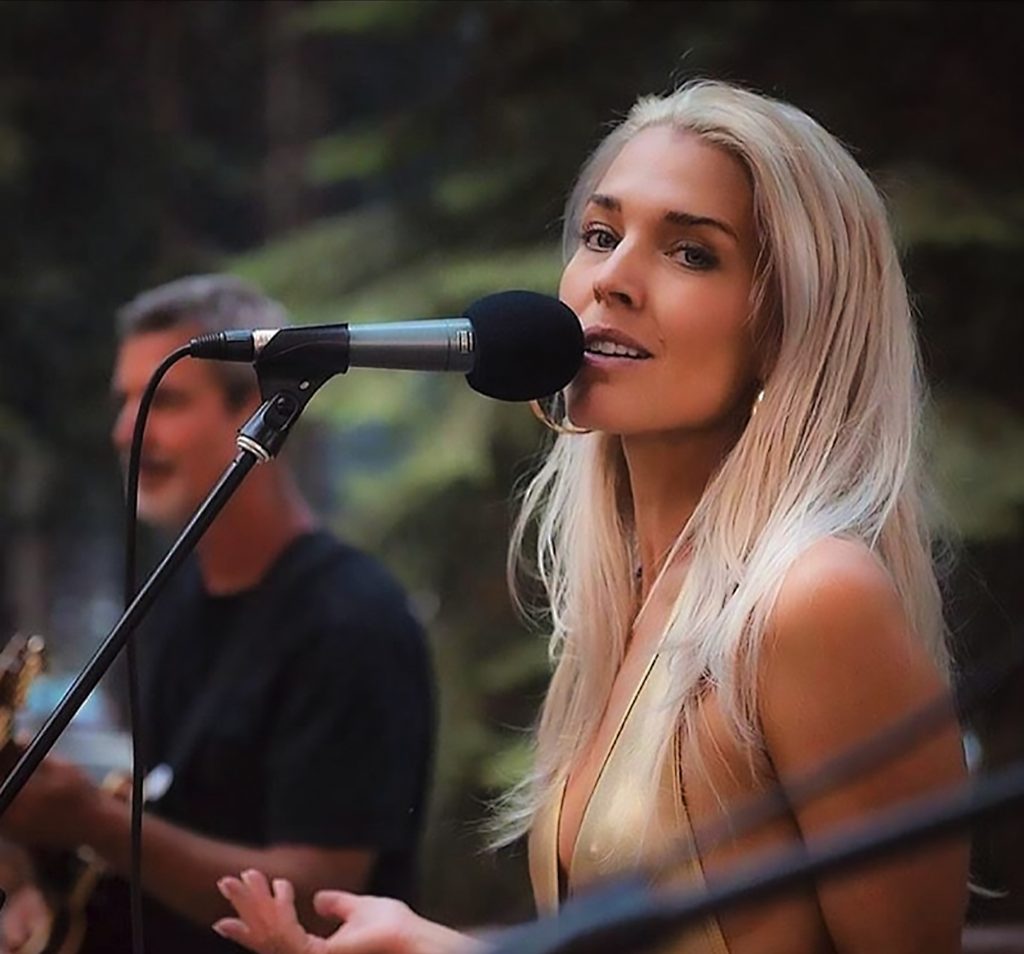 If you’re a fan of the local music scene, you’ve probably heard of Danielle Kelly and her band the Soul Project. If you haven’t, you need to. The Danielle Kelly Soul Project (www.daniellekellymusic.com) frequently plays local music festivals, weddings, night clubs, wineries and resorts with their unique blend of jazz, retro and neo soul. It’s feel-good music with a vibe that has patrons dancing and singing along.

Grants Pass Magazine (GPM) had the opportunity to chat with Danielle about her journey from Alaska to Southern Oregon, and her musical influences along the way. Here is what she had to say.

GPM: You’re original from Alaska. When did you move to the area, and what brought you to Oregon?

Kelly: I moved to Ashland from Sitka, Alaska in 2003 to pursue my BFA in theater at Southern Oregon University. I’ve made the Rogue Valley my home base ever since. I’ve been charmed over and over by the energy and natural beauty of this place, and the supportive community that continually nurtures my creative growth.

GPM: What inspired you to become a musician?

Kelly: Music is everything to me. It has become my livelihood by way of happenstance, by just being a part of my everyday life, rather than by conscious intention. I’m really lucky to have teamed up with such experienced players and to live in such a forgiving setting for learning the ropes of live entertainment.

GPM: How long have you and your band been playing together?

Kelly: I started singing jazz with Paul Turnipseed around the spring of 2013 and by the fall we had also assembled the first incarnation of the five piece dance band Danielle Kelly Soul Project, initially playing every Friday night at The Whiskey Room in Medford.

GPM: You currently have a brand new album with all original songs premiering; tell us about your album.

Kelly: We do! We did it! We wanted to keep our audience dancing, and pay homage to the classic style of the soul covers we’d been playing for years. We crafted 12 original songs with retro grooves and feels, and fun, uplifting messaging. Our drummer Nick Kirby did a great job engineering; and we were so lucky to have the help from veteran recording pros Alice DiMicele, Bret Levick and Jon Griffin. I learned so much from the whole process. We’re thrilled to share it with our fans and friends, and can’t wait to make another one.

GPM: Who has been your biggest influence thus far in your career?

Kelly: I’ve been most impressed by the dynamic vocalists I grew up listening to and trying to emulate, like Dianna Krall, Stevie Wonder, Diana Ross, and Bonnie Raitt. Hanging on every interview and note of spectaculars like Aretha Franklin, Mariah Carey, Whitney Houston, and Prince, but the biggest influence in actually being a singer is my parents, who told me I could and my music educators who lit the way.

GPM: When you’re not performing, what do you do in your free time to unwind?

Kelly: Free time is a rare commodity for me, as I daytime as a radio host at Jefferson Public Radio (more music, I can’t help it), but otherwise I charge my batteries by getting to a beach, building bonfires, or soaking in some hot water. Love me some kitchen time with dear ones.

GPM: Tell us something that people may assume, but don’t really know about you? Kelly: Besides the tambourine, I don’t play an instrument (yet) and am musically illiterate! I’m currently working with a coach to build a foundation of important basics with the piano.

GPM: What’s in the works for this coming year? Any big news to share?

Kelly: I am so thrilled to have live music events picking back up again. I’ve missed it so much! And I’m excited to be writing more original material, as a band, and as a solo recording artist.

Kelly: The chance to express raw emotion, to connect that way with an audience is so unique. I also love the ceremony of live shows, dressing up, preparing what to share with my audience, setting up and connecting with my bandmates, getting lost in the music (if I’m lucky) and seeing people experience the music with me … and hugs!

GPM: What do you dislike about performing live?

Kelly: Sometimes it’s really cringey to make a mistake and not get to redo it. But that’s also the beauty of live performance, because once a moment happens, it’s gone!

GPM: What is your secret to balance your career with live performances, while writing new songs and keeping the band on track?

Kelly: Ha! Remember to drink water, take my vitamins and call my mom.

GPM: If you could attend one concert this year, who would it be? And why?

Kelly: Well I do like to dance, and I think getting lost in the trance with Khruangbin or get down with up and comers like Eamon, or take notes from Bonnie Raitt … I’d be a happy girl.

Kelly: This would be the hardest choice EVER!! Could I take streaming stations instead? Aretha Franklin, Billie Holiday, Florence and the machine, Otis Redding, Diana Ross, Dua Lipa, Mariah Carey, Sylvan Esso, Beastie Boys, Tom Petty. But if I HAD to name records, in a hurry I might grab:

GPM: Who are the top three musicians/performers you admired most growing up? And why?

Diana Krall – She made jazz seem modern and accessible. She sang and played the piano even better, and made it all look so cool! Also bossy.

Ella Fitzgerald – She exudes elegance and ease, while singing the most elaborate and ornate vocals I’ve ever heard. She never ceases even now to make my head spin.