Pedaling to the Next Level: Tips on Turning Your Next Mountain Bike Outing into an Adventure 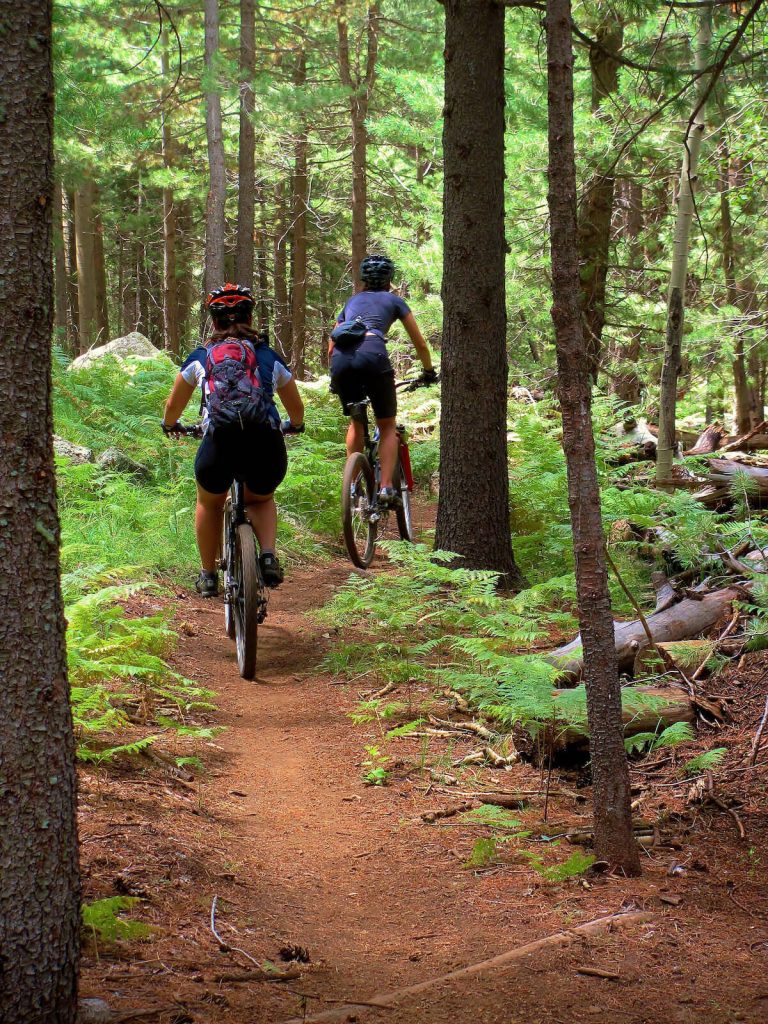 You’ve been riding all year, and your standard trail has gotten routine. You’ve decided it’s time to push yourself to the next level. There are two dimensions you can explore when moving from novice to advanced riding: duration and technical ability.

Duration, which can mean either actual mileage or time spent on the bike, is the easiest dimension to push through. Most mountain bikers measure their rides in terms of hours instead of miles. This is because a 20-mile ride uphill is a lot harder than 20 miles on the flats.

Consuming plenty of food is essential to riding longer. Stick with roughly the same food you used for your shorter rides, just make sure you eat often. Maintaining glycogen levels during exercise is key. When they drop off, you’ll “bonk,” or run out of energy as it is called. Once you have bonked, it is hard to return to normal.

Dehydration can drastically limit your endurance. When you get dehydrated, you can lose power and endurance. As with food, drink a lot of fluids, and often. The rule of thumb is that if you are thirsty, you already are dehydrated. Most serious mountain bikers use a back-mounted hydration system (BMHS), which is essentially a backpack containing a water reservoir and long drinking tube. The main advantage of a BMHS, such as the Camelbak Mule, is the ability to carry as much as three liters with ease. It is not uncommon to consume three liters during a three- or four-hour ride. Riders using a BMHS tend to drink more, and more often, than those not using a BMHS. As a result, they tend to ride longer.

Increasing your technical ability on a bike is a bit harder, and potentially more dangerous, than increasing the duration of the ride. There are a number of books on riding technique that can help with the basics, but the best way to get better is to practice. Practice your bike-handling skills during your normal commute or on the way to the store. Hit that curb or go off that little ledge. The only way you’re going to get better is to do it. 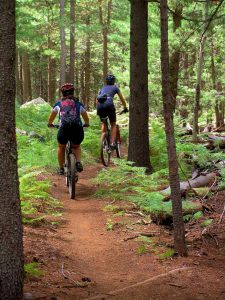 Other helpful hints include practicing at the local park, where you can simulate sharp corners and switchbacks with road cones, or getting a stick and a few bricks to practice bunny-hopping those pesky logs. The stick will stay if you clear it, and you won’t be risking precious skin if you don’t.

Another trick for increasing your bike-handling skills is to try to pick up a water bottle on the ground while riding. This will help with your balance on the bike, which is essential for negotiating those tight and demanding trails. Once you have practiced and are ready to implement some of your newfound skills, pick a trail that has short sections that you can repeat if you don’t clear them clean.

The object is to go through without “dabbing,” or touching a foot or other body part to the ground. You are probably going to fall a few times, so pick a section that looks relatively safe. Scout out a path through it first. Then go for it!

Have a riding partner spot you on the hard sections. The spotter won’t keep the rider from hitting the ground. The object is to direct the fall toward a safe area. It is a good idea to designate this safe area with your partner before attempting it. It is also a good idea to practice spotting before you hit the trail. It is not an easy thing to do, but when done right it can reduce the risk of injury and the fear factor.

Speaking of fear, mental conditioning is an often overlooked element of riding on both longer and more technically demanding routes. Familiarity with the type of terrain expected on the ride helps alleviate any apprehension. The best advice is to stay positive and focused. Wheels down, head up and have fun.