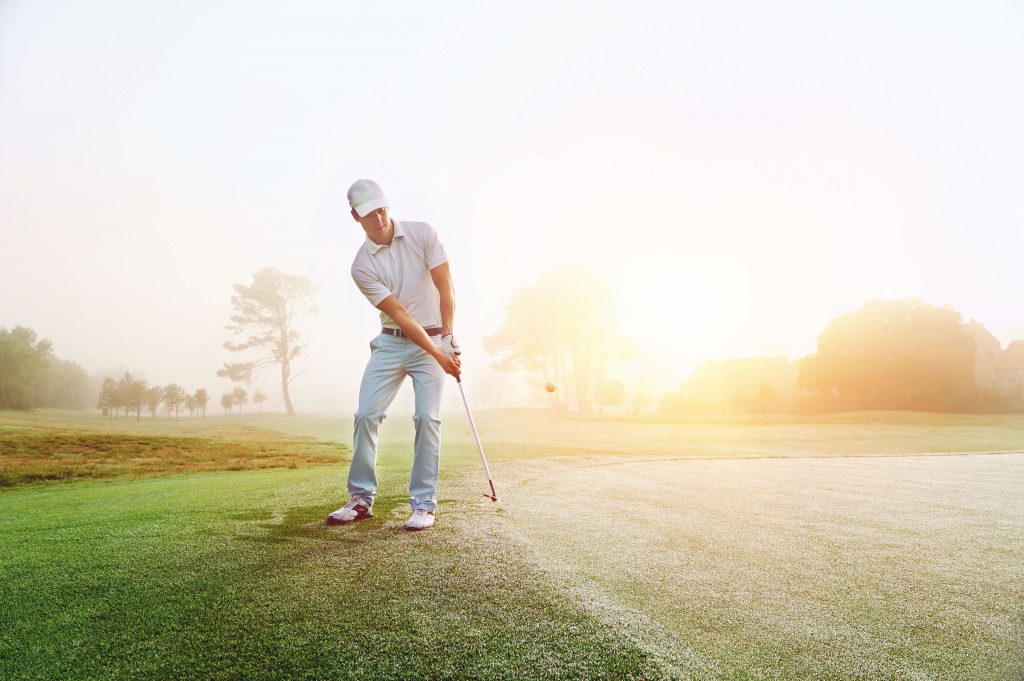 The short game is often overlooked, but perfecting the chip and pitch shots can reduce scores by eight to fourteen strokes

During the course of a normal golf outing, the average golfer will find the ball lying less than 120 yards from the pin on numerous occasions. For an amateur golfer, it may happen on every hole. The proper use of the short irons — 9-iron, pitching wedge, sand wedge and lob wedge — can lead to lower scores. That is why the short irons are often referred to as “scoring clubs.”

As important as the short game is, very few individuals practice this aspect of the game. Yet, the short irons may be one of the simplest parts of the game to master. The shorter shaft makes them relatively easy to swing. Plus, you can practice pitch and chip shots in your backyard, or at a nearby park. Instead, when individuals warm up at a practice range they become obsessed with the driver and often ignore the short irons altogether.

Each short-game shot requires a slightly different swing, yet the object is the same — hit the ball as close to the pin as possible (or better yet, drop the little white sphere in the hole). The short irons are versatile: the four clubs can produce 20 to 30 different shots.

The two primary short-game shots are the chip and pitch.

Chip: Is a low-trajectory shot that maximizes distance traveled on the ground yet minimizes loft. A chip shot increases topspin. The object is to roll the ball, almost like a putt.

Pitch: A higher trajectory shot that maximizes loft yet minimizes distance on the ground. A pitch shot increases the backspin. The object is to drop the ball on the green with little roll.

Try the following tips for a more effective short game.