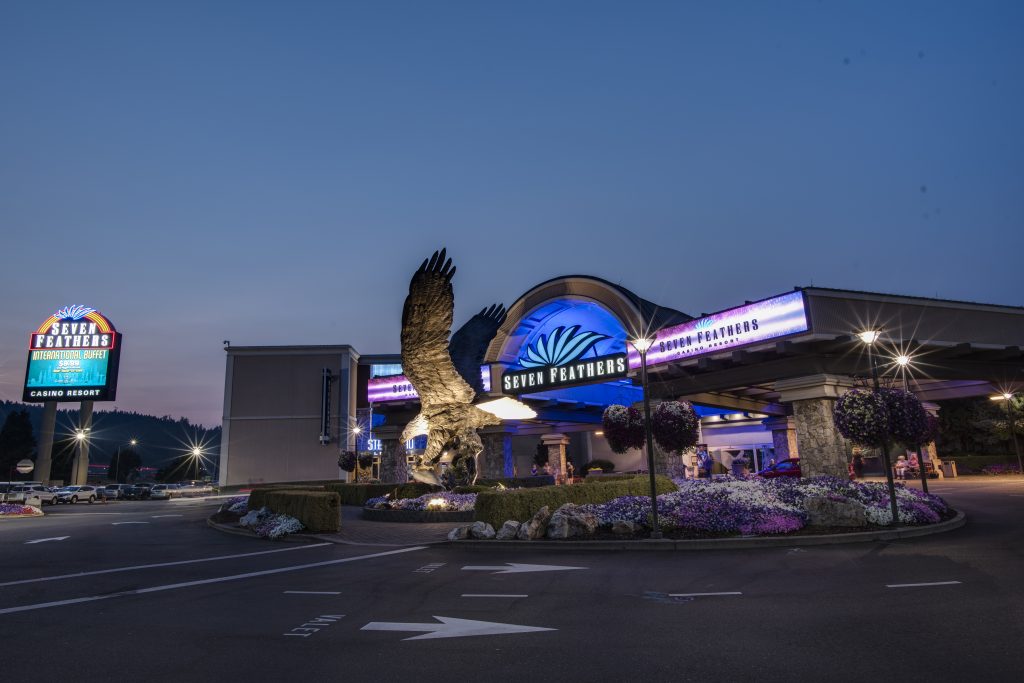 Seven Feathers Casino Resort is celebrating its 30th anniversary during the entire 2022 calendar year. Many Oregonians will be familiar with the history of the Cow Creek Umpqua Tribe and its journey toward building the state’s first Indian Gaming Center, that grew and developed into the modern casino resort that now resides at Exit 99 on Interstate 5. The past 30 years have been significant for the region, as Seven Feathers continues to make its positive impact felt in a multitude of ways. From its early beginnings until today, Seven Feathers has grown and evolved into the most award-winning casino resort in the entire Pacific Northwest. 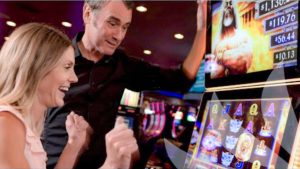 Between 1992 and 2022, a lot has happened in Canyonville, Oregon. The origins of this anniversary began in 1987 when the Supreme Court of the United States ruled in favor of the authority of tribal governments to establish gaming centers. By 1988, new laws meant that tribes in Oregon could legally establish rules with the state for gaming in the form of a gaming compact. The Cow Creek Umpqua Tribe felt this was a great opportunity to grow economically and established a compact with the Oregon state government four years later. This cleared the way to develop a new gaming center on the tribal lands in Southern Oregon.

The tribe got busy, and with hard work and a “mere” $1,000,000 investment, it unveiled the first ever tribal gaming center in Oregon. Generally, the reception was welcome for the new entertainment center, and fears about increased crime were ultimately proven to be unfounded. The original bingo hall was 9,600-square-feet and offered 450 seats to play bingo five nights a week. Small improvements – by today’s standards – came in the years that followed, including adding video poker and video blackjack machines. The bigger changes, however, occurred along with the impact that the bingo hall had on the surrounding community. It is hard to imagine now, but the bingo hall began operations by employing just 33 people.

Flash forward to today and Seven Feathers Casino Resort and the Cow Creek Tribe employ nearly 1,000 people, making it one of the largest employers in Southern Oregon. It might not have been obvious in 1992 that a small bingo hall would develop into such a significant employment force that helps many different communities in the state, but that is exactly what happened. For some people, working at the casino resort is their first job, but those opportunities turn into career growth for many different people. Indeed, many of the directors at the casino resort and beneath the broader tribal umbrella began as entry-level, hourly employees.

It’s more than just opportunities for growth that make the organization so important to Southern Oregon. Today, they are continually hiring with entry-level wages that, by far, outpace similar jobs with other organizations. Employees also receive a terrific benefits package that extends, in many cases, to their entire family, providing a level of health care that is difficult for most people in this country to get. Over the course of 30 years of employment, you can see how the Cow Creek Tribe and Seven Feathers have worked to develop this type of offering for its employees. They place a clear value on their staff and on their ability to utilize employment as a way to enhance the community where they operate.

Giving back to the community is something you don’t have to look very far to see for yourself with Seven Feathers and the Cow Creek Tribe. There is a good chance that you or someone you know has felt the impact first-hand. In 1997, the Cow Creek Umpqua Indian Foundation was formed to help support non-profit organizations in several Oregon Counties, including Douglas, Jackson, Josephine, Coos, Klamath, and others. To date, the foundation has awarded over $20 million dollars in grants to the seven counties it serves. This has a tremendous positive impact on the organizations that serve many types of people in Southern Oregon. Keeping non-profits funded and staffed helps the foundation serve its core goals to help people meet basic needs, advocate for abuse prevention & intervention, support education, improve health & wellness, and generally provide community support services.

Seven Feathers also directly contributes to the community and region in its own ways. Almost every day, requests are made from a wide variety of individuals and organizations to donate goods and services for raffles, silent auctions, and other charitable events. They also contribute through community sponsorships to provide events across the state. This includes Sportsmen’s Shows, the Pear-Blossom Festival, and free community events at the resort property, like Tacotopia and Bites, Blues, & Brews. This tradition of giving back is something that is 30 years in the making and will only continue to support Southern Oregon in the future.

Celebrating the 30-year anniversary marks a special occasion to look back at all the accomplishments of the property, like adding a hotel in 1996 or operating seven dining outlets. Seven Feathers also hopes it is an opportunity to for the community to celebrate its memories over the years, from anniversaries at the Camas Room (now K-Bar Steak House) to jackpots won or concerts attended. These moments that have built the property into the award-winning casino resort that it is. Seven Feathers Casino Resort is an entertainment gem in the Pacific Northwest, and it is fortunate that it makes its home in Southern Oregon.

If it’s been a while since you’ve visited or if you want to see some of its new renovations, now is a great time to visit Seven Feathers. Stop in and share your memories. Maybe it was your first job. Maybe their donations have supported you or someone you care about. Maybe you just like having a place to go to relax and have fun. Whatever your reason might be, it is worth the trip up or down I-5 to help mark the occasion and to see why Seven Feathers has been such a great destination for 30 years (and counting).